What Aggregate CAP Calculation Approach Should Hospice Providers Choose? May 6, 2013

Soon all hospice providers will need to decide whether they will stay with the streamlined aggregate CAP calculation method or go to the proportional method. There is much confusion about which to choose.

When Do Providers Need to Decide?

Hospice providers should receive a notice with their October 31, 2012 aggregate CAP calculation determination.  For future years, the aggregate CAP will be calculated using the proportional method unless the provider makes a one-time election to continue using the streamlined method.  The MAC or Fiscal Intermediary will provide details on how to elect the streamlined method in conjunction with each provider’s October, 31, 2012 CAP calculation determination letter.  Hospice providers will have 60 days from the date they receive their October 31, 2012 CAP determination to elect the streamlined method.  If no election is made, providers will automatically transition to the proportional method.

What Are the Differences Between the Proportional and Streamlined Methods?

There are two methods available to providers.  The proportional method is the new default that will be used for 2012 and later years.  The streamlined method is how CAP is currently calculated.  To continue using this method, the provider must timely elect it after receiving their 2012 aggregate CAP determination.

The streamlined method includes those Medicare beneficiaries who have not been previously included in the calculation of any hospice CAP, and who have filed an election to receive hospice care during the period beginning on September 28 and ending on September 27 of the following year.  Each beneficiary’s entire CAP is credited to the year the benefit is elected. Once a beneficiary has been included in the calculation of a hospice CAP, he or she may not be included in the CAP for that hospice again.  When a beneficiary receives care from more than one Medicare certified hospice during a CAP year, each Medicare certified hospice includes in its number of Medicare beneficiaries only that fraction which represents the portion of a patient’s total days of care.

What About Transition to the Proportional Method?

When a transition to the proportional method occurs for CAP year ended October 31, 2012, contractors shall not reopen the CAP determination for prior CAP years to pro-rate the beneficiary calculation.  Therefore, some beneficiaries may be counted more than once in the transition which could be a one-time benefit to the hospice provider.

If a hospice elects to continue to have the streamlined method used for its CAP calculation in 2012 and at a later time elects to change to the proportional method for the 2013 or later CAP year, contractors can reopen the 2012 and later CAP determinations.  Reopening is allowed for up to three years from the date of the applicable CAP determination.  Consequently, it will generally be in the provider’s best interest to make its best decision concerning which method is best for the 2012 CAP year.

What Information is Available to Help a Hospice Decide Which Method is Best?

The updated PS&R system enables each hospice to view their result under both the proportional and streamlined methods.  We have been advised by National Government Services (NGS) that results from both methods are available back to 2009.  This information can be accessed in the miscellaneous reports section of the PS&R.

If you have any problems accessing this information we suggest that you contact Medicare Audit and Reimbursement manager (or equivalent position) at your MAC or Fiscal Intermediary, or we would also be happy to help.

We encourage you to read CMS Transmittal 156 and Chapter 9 of the Medicare Benefit Policy Manual for more inclusive information on the issues summarized above. 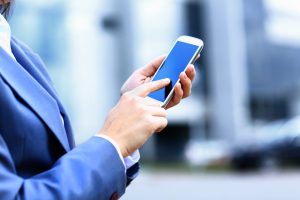